The Gargunnock Songsters were formed in 1999, when a group got together to sing at the annual village Carol Concert.  At that time everyone was resident in Gargunnock - Helen C (now Hyland), Helen R, Johan, Eric and Elspeth, Robert and June, Jessie and Bernadette.  Janette and Kate joined shortly afterwards.  Initially, the Songsters met in Helen C's front room (no tea or home baking - not even a biscuit !) but as numbers grew, we moved into a room in the Community Centre and when we outgrew that, we moved into the Drop In centre of the Community Centre.  Our first gig was in the Albert Halls - no, not London but the Lesser Albert Halls in Stirling, where we raised money for Multiple Sclerosis.

For the first ten years, the Songsters were led by Music Director, Helen Hyland and we grew from half a dozen people practicing in her living room to a choir of 27 singers from Gargunnock and the surrounding villages. We were then led by Mrs Samantha Horne, who started singing with the choir while she was still at school and who left in 2012 due to increasing work and family commitments.  From August 2013, we have been led by Music Director, Elaine Finlay.  Elaine set up the Brightons Praise Group about 25 years ago - a well established and well respected local choir.  The Songsters has since grown to 42 members. 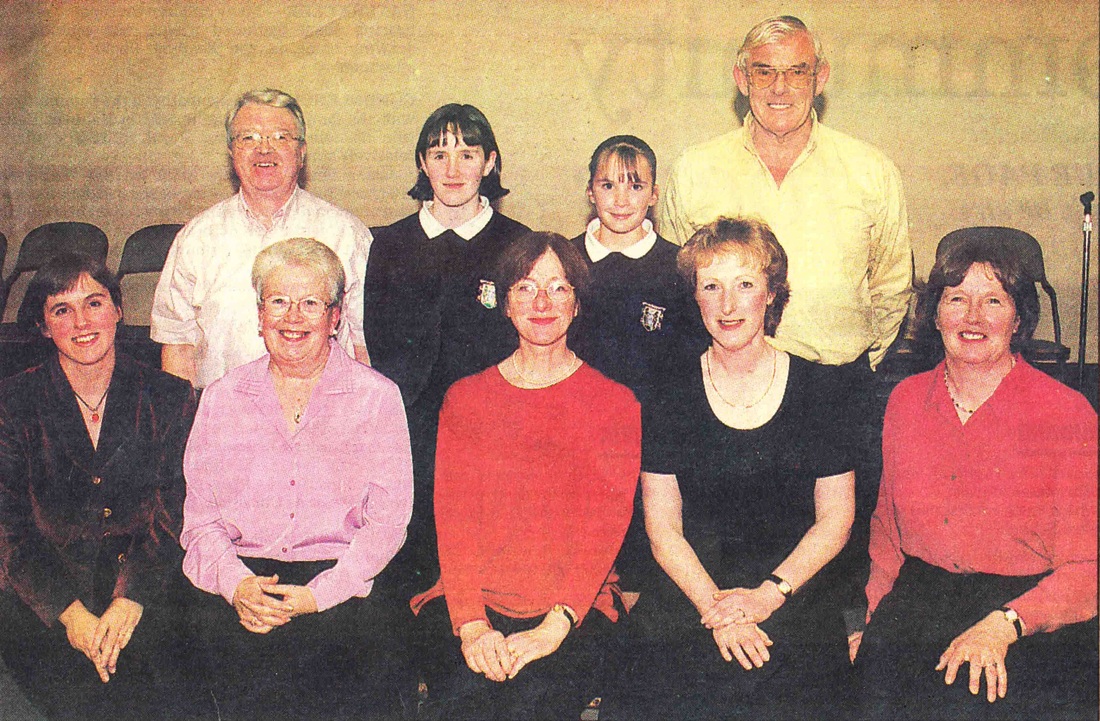